You are here: Home / Fishing / When Is The Fly Fishing Season? 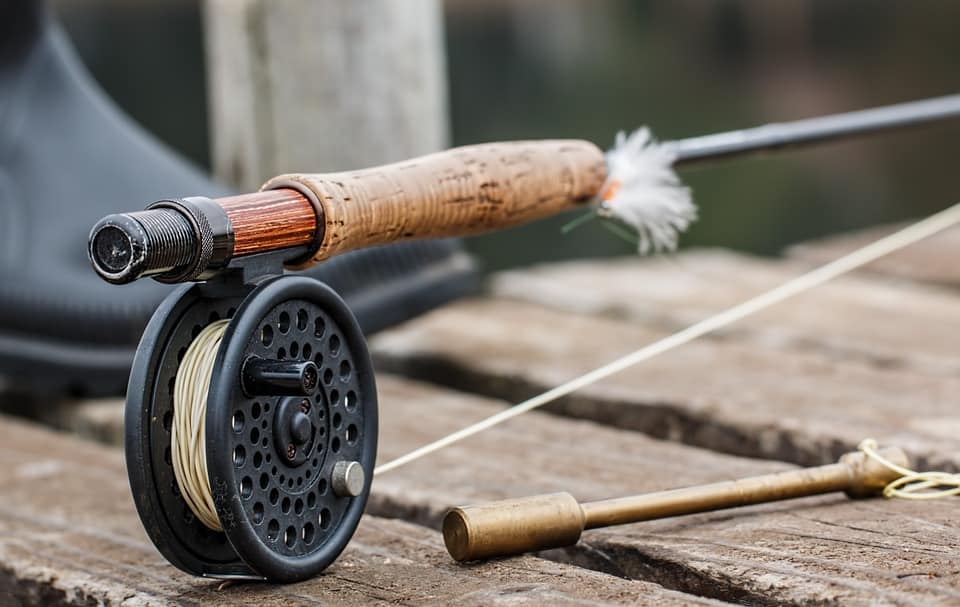 Fly fishing isn’t a very popular fishing technique, especially among beginners. It requires skills and equipment that differ drastically from what you would learn for the more traditional fishing methods.

With that said, fly fishing can be exceptionally effective, even more so than other techniques.

A common question among newbies is when the fly fishing season is. And while we think that the answer to this question is obvious, we are going to clarify some things and give you tips on maximizing your timing efficiency for fishing.

When Is The Fly Fishing Season?

The short answer to this question as follows – the when of the fly fishing season depends on the fish species you are intending to catch.

Fly fishing is merely a technique of catching fish, and it doesn’t matter when throughout the year to use this method. As long as there is fish to catch, the “fly fishing season” is on.

Instead, when trying to plan ahead, you should focus your attention on the specific fish species you want to fly fish on. And when it comes to fishing seasons, there are two aspects that you should consider.

The first is the legal restrictions that may be imposed on fishing in your area. And the second aspect is the question of when the best time for fishing for a specific fish species is.

Let’s overview each of these aspects more in-depth below.

You might also like: Can You Buy A Fishing License From Walmart & How Much Does It Cost?

The Legal Aspect of Fishing Season

One key thing to understand if you don’t want to have issues with the law is that fishing is heavily regulated by the government. No matter where you live, there probably are some restrictions and rules that apply to fishing in your area. The rules may define:

Governments may impose fishing restrictions on each of the fish species that live in a state’s or country’s waters. This is done in order to protect the fish populations from overfishing.

So when it comes to fishing, you will have to first consider its legal aspect. Trout, for example, may be allowed to be caught in summer in one state but forbidden in another.

Aside from that, keep in mind that restrictions may also be placed on fishing techniques based on the season. In Texas, for example, on November 1-30, flounder is allowed to be caught only by pole-and-line. There probably won’t be similar limits on fly fishing in your area, but you should carefully check just in case.

For more specific information, be sure to check the fishing regulations in your area. If you are in the US, then pay a visit to your state’s wildlife conservation department (the responsible authority may be named slightly differently in your state) to find out all the necessary info about fishing regulations and seasonal limits, if any.

When Is The Best Time To Fly Fish?

After you find out about the legal restrictions in your area, you may want to pick the optimal time for fly fishing. While you don’t have a choice when it comes to legally-enforced fishing seasons, you may choose the best time for fishing within the allowed time frames.

The idea here is that you should pick a time when the targeted fish species is the most active. And needless to say, each fish species is going to be different in this regard.

There are several fish species that are very popular with fly anglers. Trout, grayling, and salmon are by far the most popular species for fly fishing, but other species like the ones listed above are also quite commonly caught with this fishing method. In fact, with modern reels and rods, you can even catch larger predatory species, including tuna, marlin, and even smaller sharks.

With that said, let’s now have a look at the fishing seasons of fish popular with fly fishing.

In some areas, the trout fishing season is open year-round. However, unless you are in a warmer area – e.g. the southern areas of the United States – you most likely won’t have the best catch in autumn and winter due to the lack of insects.

This is why we think that you should pick the best times for fly fishing – if trout fishing is allowed throughout the year, you could still optimize your fishing strategy and fish for trout in the warmer seasons.

As for the rest of the year, you may focus your attention on other fish species, or you may try to fish for trout if you don’t have anything else to catch.

Grayling become active with the onset of autumn and once water temperatures cool down. The peak activity of grayling falls to late autumn and throughout the winter months.

Since the grayling season essentially mirrors that of trout, switching from trout to grayling in the cold seasons is a good idea, given that either fish species live in your area. This could allow you to fish fruitfully pretty much throughout the entire year.

Click here to read what happens if you get caught without a fishing license?

The peak season for salmon is from May to September. The five major salmon species peaks are spread throughout this period. King salmon, for example, should be caught from May, while silver salmon may be caught in entire November.

Pikes get particularly active when the water is cool, which is usually in the early morning and late evening. 1 hour before sunrise and 1 hour before sunset is optimal times for pike fishing when the fish aren’t yet sleeping.

The best time for bass fishing is their pre-spawn period in the spring. Bass feed heavily in the pre-spawn season since they know that they won’t have much food to feed on during the 10-14 days of spawning. During the pre-spawning phase, all bass move to shallow waters. Here, they become quite easy to catch.

While the pre-spawning phase is excellent for bass fishing, you may also try to catch bass during the spawning season as well. At these times, bass get very defensive and territorial, and you could aggravate and attract bass by using baits that imitate species that threaten their nests, such as bluegill, crawfish, or small turtles.

Post-spawn, hungry female bass move to deeper waters for food, while the males stay at the nest to protect it. You may take advantage of the defensiveness of males or the starving of females.

Carp can be caught throughout the year, but neither too hot nor too cold seasons are the best. Spring is probably the best time for carp fishing, and it’s the time when you are more likely to catch big carp.

Carp like moderately warm water. In summer and spring, carp like to feed early in the morning and late in the afternoon. In winter, they prefer to feed midday. The rest of the time, carp are hiding from the cold of winter or the heat of summer.

As you can see, as long as there is a sufficient variety of fish in your area, you may actually fly fish throughout the entire year! Oh, and as long as the fish species you want to catch don’t have restrictions on them placed at specific times of the year.

If you want to stay productive during the entire year, then you should research the most active seasons of the fish living in your area. Then, you would fish, for example, for trout in the summer and grayling in the colder seasons, thus ensuring that you have a continuous supply of fish throughout the year.

Don’t limit yourself to fly fishing, by the way – different fish species require different tactics and fishing tackle. Use the techniques and equipment that’s the most effective at the moment to maximize your catch. But make sure to stay within the law and ethics of fishing.

You can check out more fishing articles here.